Welcome to the guide that will introduce you to the beautiful world of Rails. Ruby on Rails is an extensible rich, and popular web framework that lets a developer to create and maintain complex, functional and fast web applications. It provides programmer with a wide variety of tools to rapidly create prototypes of web systems that can be broaden into the full-sized websites with complex logic and various API’s to communicate with browsers and API-based mobile and desktop applications as well. Also it encourages you to follow basic best practices among modern web software developers such as use of version control systems, code separation and offer security tools to protect your information from cracking. 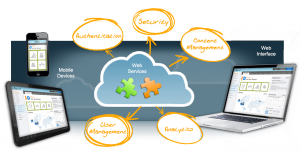 There’s a plenty of reasons why Ruby and Rails framework can be the best choice for you to develop and design web applications if you are a novice developer. It can be used for solving problems in much more simple and pretty way than other languages and frameworks, if you have some experience in building basic as well as extended apps for web. Here they are:

Things you need to know to create Ruby on Rails applications 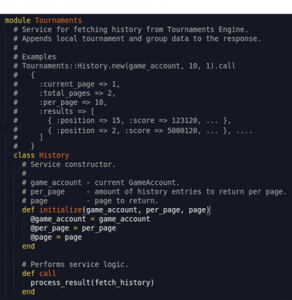 Ruby on Rails is a large and polyfunctional framework that covers full stack of web development, which means that there’s a lot of stuff that needs to be learned to become a professional Ruby on Rails web developer.

First of all you have to learn Ruby itself. Ruby is a powerful language that has it’s own specific syntax and full object orientation with functional elements. Ruby is constructed to be close to the natural languages by simplicity of reading its code and natural order of keywords and identifiers of it. Its syntax is different in comparison with such languages as C++ and Java but is very comfortable for a developer. Here’s some examples:

Also you have to know CSS3 and HTML5. These are the markup language and styling language which are used to create pages Rails application  is serving to a user when he opens a webpage in browser. Along with CSS3 and HTML5 comes Javascript – powerful language to make your pages dynamic flexible and use AJAX – technology of page update without reloading it. You need to know it too to use all the power of Rails.

Third one: Ruby is the best compatible with Linux, so Windows development on it would be hard and dirty. Therefore we recommend you to create your apps on Linux which requires some knowledge of this domain. These skills include Bash and package system of Linux. Along with it you shall know basic structure and control flow of databases to store your information in it. Postgres for SQL and MongoDB or CouchDB for MySQL are preferred choices for Rails.

Next thing is knowledge of REST architecture of web applications, common knowledge of how web server and Internet itself works. With use of this skills you can start learning Rails API which is huge and has already integrated and tested parts and tools for almost every task you may face in your web development process.

Fortunately, skills are not required all at once. Most of them can be on quite modest level and while the process of development and googling stuff you’re interested in.

The process of programming of the web system raises some questions when you come through it as an architect of a programing complex. What is the sequence of steps? What should come first? How to build the process the way it won’t lead to the mess and bugs in the end? There’s some basic assumptions that can help you to set up your development process with consciousness.

To develop with  Ruby on Rails you will need a bunch of things. First of all you’ll need a UNIX-based operating system. In may OS X or Linux. Then, you’ll need Ruby and Rails themselves along with RVM – Ruby Version Manager for ability to have multiple projects with different versions of Ruby required for them. Then you have to install the database. Next choose an IDE.  Rubymine is a choice for people who are familiar with development and have already developed web systems, others may start from Atom either Sublime Text. After that you are ready to strike down to the world of Rails. GL HF! 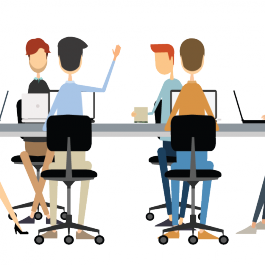 6 programs which make life easier
One day Oleh Demyanyuk decided to share his knowledge about different tools, which help specialists and usual people to work more productively. What programs make your life easier? Freemind – allows you to save the information in free way. It has convenient structure, which helps to remember some information, to add examples, to find necessary […] 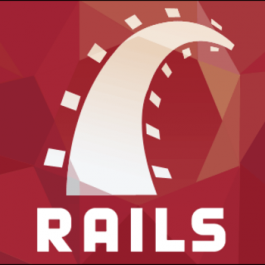 100% security of Ruby on Rails
Ruby on Rails has a lot of advantages. One of them is security patterns. This point is very important, because all passwords and personal information is private. But with the help of special programs someone can get to know all private information quite easily. But it is impossible with Ruby on Rails technology. Ruby on […] Ruby sample code and Rails installation guides
Ruby on Rails is a very effective Ruby framework, which uses MVC pattern and does not require compilation phase. This article contains installation instructions and the list of top 5 of the most needed Ruby sample code examples for beginners. We have to mention, that you are required to know basics of Ruby and understand […]

Manage Your Business Successfully
The more you learn – the less you lose. “The way of success is the way of continuous pursuit of knowledge.” Napoleon Hill   You want to manage your business successful, but you don’t know how to do it? Calm down, you need an effective marketing strategy. What to start with? 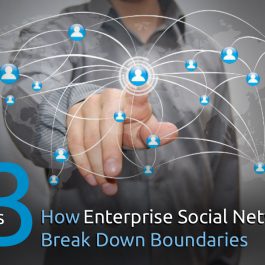 Enterprise Social Networks Break Down Boundaries
People often work in the same company, but sometimes even do not know each other, especially if they work at different offices. Employees are afraid of their bosses and avoid meetings with them. All of these creates different boundaries between workers or sometimes groups of them.
×